Episode 44.  November 27, 2016.  First off I want to wish everyone a very happy Thanksgiving Holiday.  Even though Thanksgiving is not celebrated in the Philippines, we were still able to make it a special day.  LaDawn and I are so grateful for our family and for each other.  I also want to mention that on Wednesday, November 30th, my dad, Leonard Robert Kunz would have been 99 years old.  I am sp grateful for everything that he taught me.  Today, however,  I want to talk about lessons that I learned from our yellow labrador, Sadie.

We bought Sadie for $40 dollars in 1998. We were looking for a puppy and went to a man’s home to see about buying one. The puppies were cute, but we fell in love with 18 month old Sadie. She was from a previous litter and if I remember right had been sold but the person 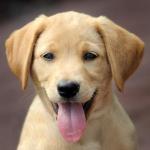 buying her just couldn’t handle her energy, so he brought her back. We thought for $40 dollars, she would be a bargain, and since we had a couple of acres for her to run on, we weren’t all that concerned about her energy level. I mean after all, she was a lab, and everyone knows that labs have a lot of energy, especially when they are young.

We quickly learned just how much Sadie loved people. I mean to the point of almost being obnoxious. Whenever a member of the family went outside she was right there walking about as close to you as she could get. If you sat down, she would come and sit down next to you, making sure she was touching you the whole time. We were beginning to see why someone brought her back. She needed a lot of attention!

As Sadie grew older she mellowed a bit, but still wanted to be around people. She was horribly afraid of fire crackers and thunder and her goal was to get in the house and hide on the 4th of July, New Years Eve and of course every time there was a thunderstorm. More than once we found in upstairs with one of the kids in their bed during a storm.

Not long after getting Sadie, we got a second dog, named Jessie. Jessie was a German Shepherd mix that we picked up from the Conroe Animal Shelter. She was a lot more temperamental and she didn’t particularly like Sadie, especially when Sadie would eat her own food and then try to eat Jessie’s. We broke up more than one fight between them.

Sadie was pretty good about staying home, but Jessie thought the entire development was her playground. We put in an invisible fence and Sadie was afraid of being shocked so stayed within the boundaries, but Jessie didn’t seem to care. Eventually we had to tie Jessie up on a tie line that stretched from the barn over to a tree on the other side of the yard. Jessie was an obnoxious barker, especially at night when deer roamed freely in our yard. More than once we had a call from the neighbor asking us to do something about the noise. Sadie on the other hand rarely barked, and when she did, there was generally something going on that needed attention. 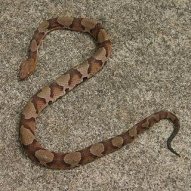 For example, one afternoon, we heard Sadie barking incessantly right outside the back door. When we went out to see what was going on, she was barking at a copperhead snake that had found it’s way between the deck and the above ground pool. Jessie stood there alongside of her, but didn’t make a sound. It was as though Sadie knew there was danger there and wanted to alert us so that no one would get hurt. We managed to remove the snake, grateful for the warning.

One night, about 15 years ago during the winter months, Sadie came to our bedroom window and started barking and would not stop. During the winter months, we liked to open our window and put a fan in it to blow in the cold air. Somehow Sadie knew that this is where we were and so she barked and barked until LaDawn got up to see what was going on. She went to the back door and called her, but she wouldn’t come, she then went to the front door and called her and she came but started running towards the road. Finally LaDawn was able to coax her back into the front door and she took her through the house and put her out the back door. Immediately, she ran back around the side yard, through the invisible fence and back out to the front. At that point LaDawn came and got me and said something is wrong. While I was getting up and getting dressed, LaDawn went back out to the back and realized Jessie was gone. By then we were both trying to figure out what was going on, sleep now completely gone from our minds. As we opened the front door Sadie saw us and immediately bolted across the road into the 3 acre lot opposite our 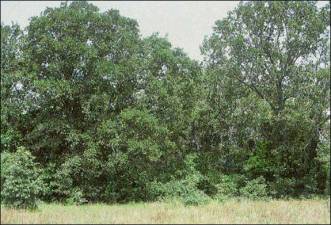 home, which was uninhabited and thickly wooded. We could hear her barking and it seemed she had stopped running and was now stationary. So we grabbed a flashlight and setout in the middle of a very dark night to venture into the woods to find out what Sadie was making such a fuss about. As we approached the sound of her barking, we could see that Jessie was now with her. As we got closer, we could see that Jessie was completely stuck. She had broken the clasp on the cable connecting it to the tie line and had drug the 20 foot cable with her into the woods where she got the cable stuck on a tree and then wrapped it even more securely in her effort to get loose. Sadie, somehow aware of Jessie’s predicament, came to wake us and bring us over to free Jessie. Sounds sort of a like a “Lassie” story, don’t you think?

Well, we managed to get Jessie untangled and took her back to the house. I don’t remember how we tied her up for the rest of the night, but we managed to do so and then find our way back to bed where eventually sleep returned.

So why am I telling you this story? Because I think there are some interesting gospel lessons here. I have identified 5 that I want to share with you.

In summary, there are 5 takeways from today’s znukcast.   1) Seek the master’s touch, 2) Watch for and then warn of danger those we love, 3) Make our homes a safe haven for our families, 4) Follow the brethren and 5) Go to the rescue. May we all be actively engaged in a good cause.