Episode 22.  June 26, 2016.  Today I want to talk about how we can deal more effectively with the distractions around us by crowding out the world.

As mentioned in episode 15, a couple of years ago I was doing a temple recommend interview and the brother confided in me that he had struggled with pornography his whole life. He felt like he had it under control, but he had slipped recently. He explained that the slippage was caused because the filter on his home Internet had somehow become corrupted. As he worked to reinstate it, he was testing to see if it worked and as he did so he found not only was it still broken but also before long he had gone down a rabbit trail that he later regretted.

As I thought about this situation and what I might say to be of help to him, I experienced what I can only declare as an inspired question come to mind. I told him that it was clear that he was working hard to keep up the defenses in his life so that he would not be exposed to pornography and while that was good, it obviously wasn’t enough.  I then asked him “What is your offensive strategy to keep pornography out of your life”?

While sports enthusiasts will immediate understand this question, it may not be clear to everyone. Let me explain. In every two-team sport, there is both an offense and a defense. Offense is about scoring, defense is about keeping the other team from scoring. Dr. Jack Ramsay, a well known American NBA basketball coach who led the Portland Trail Blazers 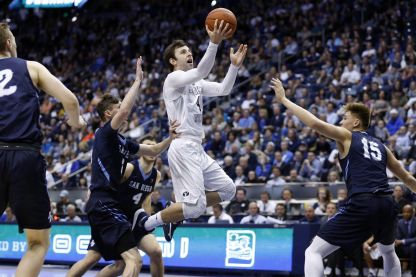 to the 1977 NBA championship said this: “Winning is more related to good defense than good offense”. Another oft repeated quote I have heard is offense wins games but defense wins championships.   I think it was perhaps this mindset that had been motivating this good man to keep his computer where everyone could see it and then make sure he had an effective filter on it. And while both of these things were important, in this case …. And I believe in all cases related to pornography addiction, it will never be enough.

There is another famous quote about offense and defense that I like even better. It probably has to do with my own propensity in basketball to shoot the ball rather than run the length of the court every time and defend the other team. Well, that adage goes like this: “The best defense is a good offense”. This was the thought that came to me during this recommend interview. You see this brother was working only one side of the equation.   When I asked how often he was studying the scriptures, his response was “not enough”. When I drilled down a bit further, he indicated that maybe once or twice a week he was picking them up and reading. He was inconsistent in his prayers as well. When I asked why, he could only respond that he was busy with work, with family and just other things that he felt demanded his attention. The distractions of the world were crowding out the light in his life and this was making him susceptible to Satan’s temptations. We then talked about how increasing his offense through scripture study, meaningful prayer, faithful service and temple attendance would actually increase the amount of light in his life and help him crowd out the world – and this attraction to pornography.   I think we both came away from the interview more motivated to improve our own spiritual offense.

I want to diverge from this topic for just a moment and talk about what I believe is at the heart of the distractions the world pushes at us today. 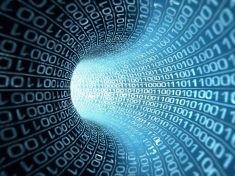 The amount of data that is created every single day now exceeds 2.5 Quintillion bytes per day. For those of us (includes me) that cannot even fathom what that means, I will tell you it is the number 25 with seventeen zeros behind it. If all of that data were burned to blu ray discs it would take 10 million discs. If you stacked the discs one on top of the other, it would be the height of 3 Eiffel Towers. And this is just one day!

So how is the amount of data that is being created every day related to this discussion? Who do you think is creating all of that?  We are!  In 1992, there were 100 gigabytes of data created in one day. That would fit on 2 blue ray discs (remember today it would take 10 million discs). What has caused the explosion of this data? At the heart of it is the Internet. It is 204 million emails, it is the 72 hours of video that is uploaded to YouTube, it is the 280,000 tweets on Twitter and the 216,000 Instagram posts and this is just in ONE SINGLE DAY! This doesn’t even include the 1.65 billion Facebook users that are generating nearly 5 billion likes and uploading over 300 million photos each day! With Internet shopping, health monitoring, travel planning, instant messaging, downloadable books and streaming movies, the digitization of data is creating exponentially more distractions that are competing for our time – and our spirit!

So what can we do?

I think the story of Adam and Eve that we read in the scriptures and taught in the temple provides a template that helps us answer this question. Let me explain. 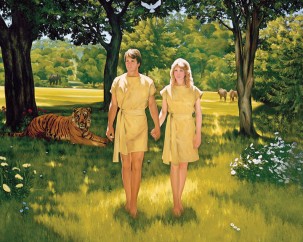 With Adam and Eve in the Garden of Eden, Satan didn’t come in and threaten them in order to force them to partake of the fruit. He was much more subtle than that. He played with their egos, told them what they wanted to hear, made it sound glamorous and inconsequential, convinced them there was only one way to be successful, used half truths to conceal the full truth, mocked God and religion in general. Sound familiar?

What was their response? They repented, recommitted to being obedient and then made solemn covenants to keep those promises. They prayed for and then learned how to be taught by angels from heaven. When Satan relentlessly pursued tactics to confuse and tempt them, they learned how to cast him out. All of this information is for us to understand, emulate and practice in our own lives in order to crowd out the world.

As I have pondered this topic of crowding out the world, I have been thinking about natural patterns that we can learn from.

For example, we have all watched a sunrise. From moment to moment it doesn’t really seem like anything is changing, but ever so slowly the darkness fades and the light surrounds us.

Another pattern I have often pondered comes from the waves of the sea, how they incessantly pound the shore. They keep coming and coming. 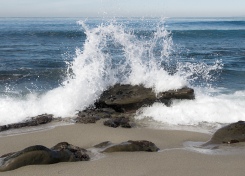 They are relentless. Slowly, ever so slowly they smooth the rocks that they crash into day in and day out.

As someone who likes to grown vegetables, I am painfully aware of the patterns associated with weeds. They never stop growing. They start small, in fact, so small they are almost beautiful, creating a green carpet around the growing vegetable plants. When small, they are so easy to eradicate, as simple as just wiping ones hand against the surface of the ground and they are gone. But procrastinate a week and you will find that this green carpet has become a suffocating tarp and the effort to remove them has increased from minutes to hours.

From the sunrise I have learned that doing the little things over and over will eventually bring greater light into my life. I may not see an impact that first day that I pray a little longer or read my scriptures with more intent, but with time, the light will emerge.

From the waves of the ocean I have learned that even the most difficult challenges I face will give way if I just keep pressing on. Enduring to the end is not just tying a knot and holding on, it is relentlessly doing the things that will lead me to where I want to be – and doing so with joy. Frequent temple attendance, sincere and robust scripture study habits, magnification of priesthood responsibilities. These are the waves that will smooth even the hardest of rocks in our lives.

From the weeds I have learned to repent early. To confront problems that grow out of 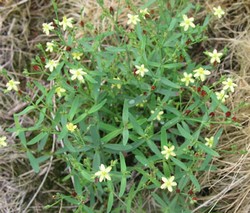 If we want to crowd out the world and invite more of the Spirit of the Lord into our lives, we have to be found doing those things that will invite in more light. We have to turn off the TV and the suggestive rock music and turn open the scriptures and get serious about meaningful prayer.  We need to log off of Facebook and Instagram and log into FamilySearch.  We need to text less and talk to those we love more.  We need to spend more time going to the temple and less time going to the malls and restaurants.  When we do the things we have committed to do by virtue of the covenants we have made, when we seek to understand what the Lord would have us do through sincere prayer and scripture study, and when we listen carefully to the counsel of prophets and apostles and then act upon that counsel – we will not have time to be distracted by the quintillion bytes of data that is growing exponentially in the world. We will, in fact, crowd the world out of our lives.

3 thoughts on “Crowding out the World”